The Stafford Railway Building Society, based in Stafford, Staffordshire has continued its steady progress during a year dominated by the impact of the Covid-19 global pandemic.

The year saw progress and growth in line with their three year transitional period of development and investment in the business.

This year’s AGM on 24th February 2021 will see the Society Chair, Colin Lloyd whom after 6 years’ service will retire to spend more time with his family. His successor will be announced in due course.

We have continued to make good progress across the Society. This has been reflected in both improvements in operational efficiencies and in attaining our desired balanced performance of considered growth with appropriate profitability to fuel continued investment in delivering the annual results. Building a sustainable Society for the longer term remains our goal and we can confirm the core elements of growth in mortgages, growth in savings, growth in total assets and growth in capital retained were all achieved.”

“I would like to reiterate my thanks to our Members, for the trust you have in the Society. Our future priority will be to match, or indeed exceed, your expectations, continuing our vision of a people-led business that embraces new technologies, whilst maintaining traditional individual service for our Members. I would also like to express my thanks to Colin Lloyd for his support as Chairman and I wish him well in his retirement.

Although the economic environment is uncertain, may I reassure you that your Society remains with careful management, well positioned not only to withstand the current turbulence but to continue to develop and grow in the years ahead.“ 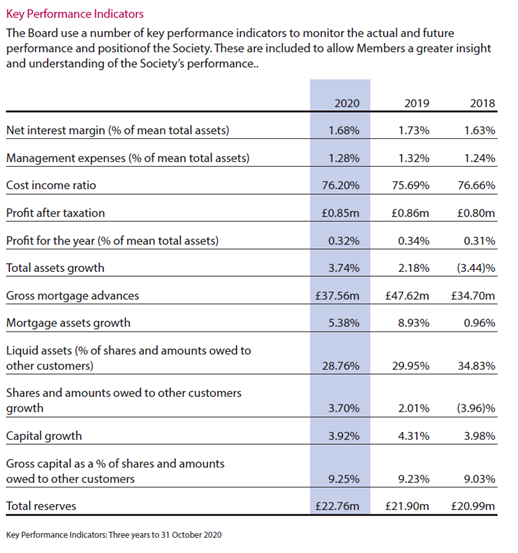 Stafford Railway was founded in 1877 by local people with the aim of helping workers buy houses and develop the land along the new railway line to Stafford. Head Office and Branch:  4 Market Square, Stafford, ST16 2JH | www.srbs.co.uk  | 01785 223 212